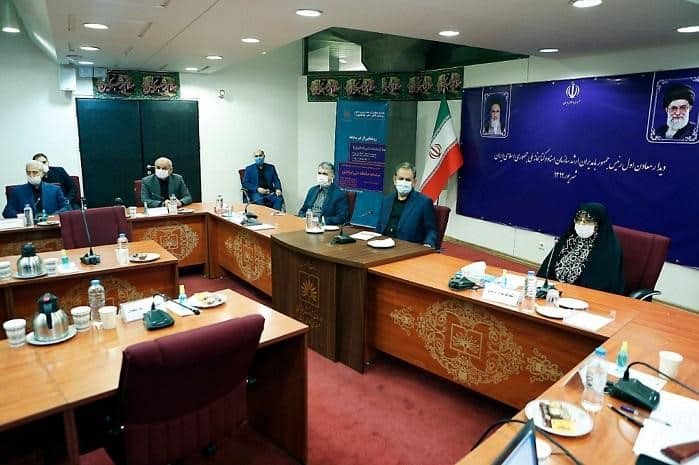 The ceremony was opened by speeches from the First VP and NLAI’s Chief Director. Next, Seyyed Abbas Salehi—the Minister of Culture and a member of NLAI’s Board of Trustees—stated that the launch of NIM and SANA systems will greatly contribute to Iran’s soft cultural power and the cultural diplomacy. He added, “Civilization and development of sciences, be it humanities or fundamental sciences, need drivers that can stimulate the promotion of science and research. The second product of such systems would be their service to the cultural economics, including cultural businesses, unions and syndicates.”

Mansour Gholami, the Minister of Science, Research, and Technology and a member of NLAI’s Board of Trustees, commented on access to information via technological sciences: “Contrary to the online resources, access to credible, reliable documents and archives is not so simple and, in many cases, is impossible as it would entail numerous trips.”

Mohsen Hajimirzai, the Minister of Education and a member of NLAI’s Board of Trustees, said, “Such systems are valuable because, despite the innovations and speed of scientific progress in the world, no human invention has yet been able to surpass the invention of writing in terms of contribution to civilization and culture, learning development, and accumulation and transfer of knowledge. Therefore, anything related to writing and books have a significant place in Iranian civilization, and this NLAI project has facilitated the work of book enthusiasts.

Somayeh Tohidlou, NLAI’s Vice President of Research and Digital Resources, remarked the organization’s attempts to make the information of the national treasury available to the public: “We must note that the services and resources of the organization are not limited to the members of the national library of Iran, rather, all Iranian scholars and users are the target population of this organization and its services.” Adding that the implementation of this project required inter-departmental collaborations, she mentioned the unveiling of NIM and SANA systems: “The National Iranian Memory comprises four distinct databases, that is, the National Network of Journals, National Network of Documentation Centers, Catalog of Manuscripts, and the National Bank of Journals.”

NLAI’s Vice President of Research and Digital Resources continued: “The National Bank of Journals, i.e. SANA, is another system launched under the slogan ‘the national memory in the home of every Iranian’. This system contains the table and the content of Iranian journals, newspapers, and magazines from the beginning to the present.”

The National Iranian Memory is one of the collaborative projects between Nowruz Technological Development Group and the National Library and Archives of I.R. Iran.